Start watching with your 14-day free trial
×Warning You can browse the catalog and the website (news, discussions, etc.) but you can't see any episode from your country.
Click here to access to your catalog
Share

Based on Inoya Kotoba's manga, Runway de Waratte, the anime Smile Down the Runway is a real gem! Produced by Nobuyoshi Nagayama focusing on the world of fashion, this new series takes us in a universe where passion and determination are necessary to succeed. The anime, in its construction, has many parallels with the best shonen and their tournament arcs! 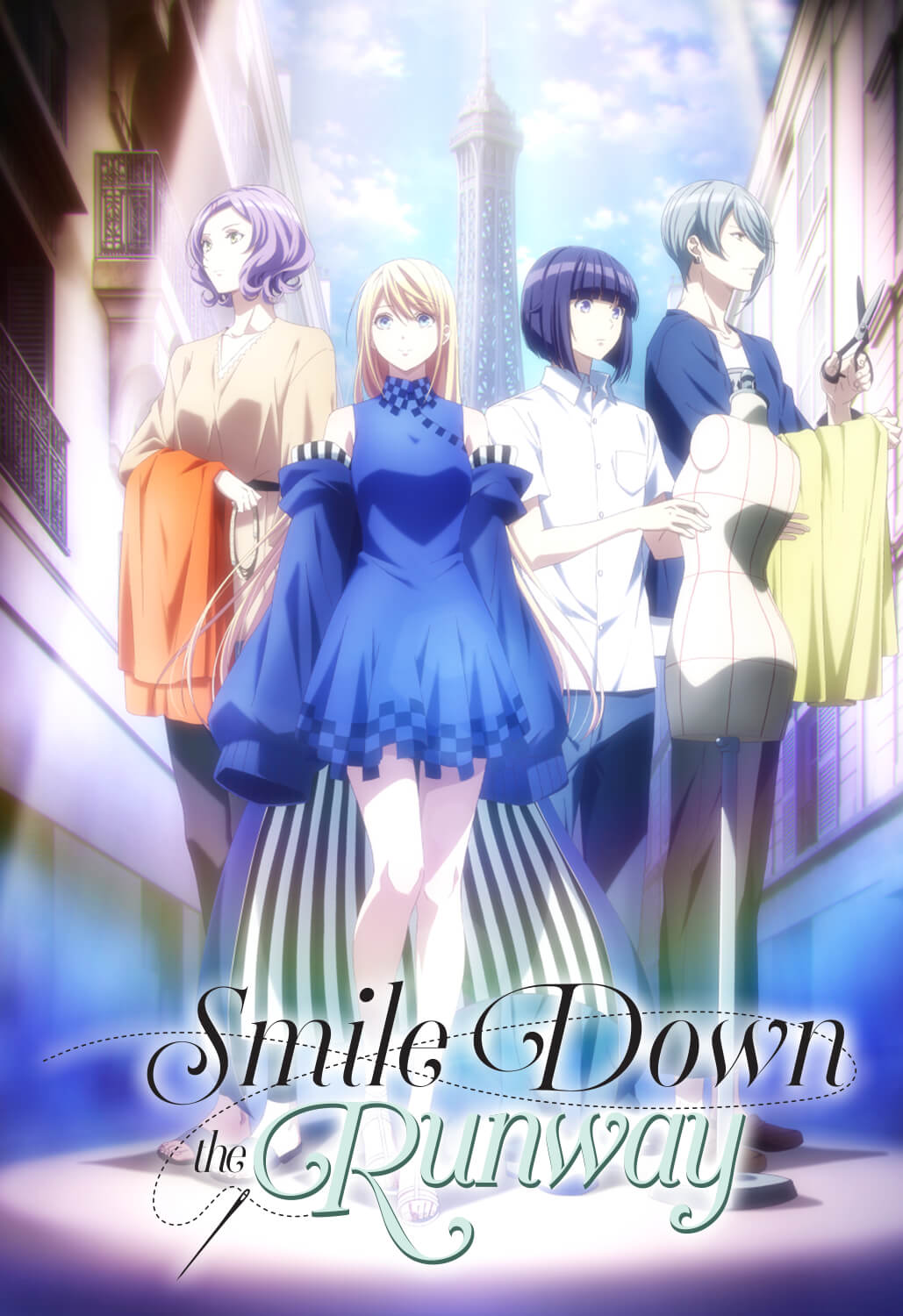 When one meeting changes a life...

Fujito Chiyuki and Tsumura Ikuto are high school classmates in their senior year. Chiyuki is a girl that stopped growing at 1m58 and has the ambition to become a model. Not only that, but she also wants to be a star top model that would hit Paris Fashion Week's runways under the colors of Mille Neige, her dad's famous agency. Ikuto, on the other hand, loves to create clothes and dreams of becoming a stylist, which is difficult since he's only 17 and has to provide for 3 little sisters...How will these 2 protagonists, that have decided to team up to achieve their dreams, will prove the rest of the world wrong? 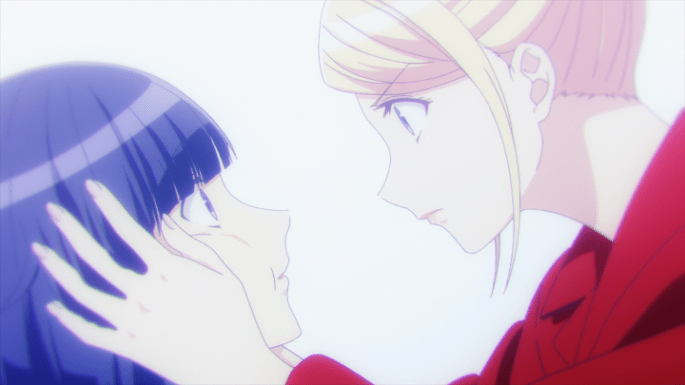 What makes us say that Smile Down the Runway has all the ingredients of a good shonen?

A strong dose of determination

Shonen's most important ingredient? The hero's determination and going past his limits! A few examples: Naruto, Deku from My Hero Academia, Tanjiro from Demon Slayer, Hinata from Haikyu!... and the list goes on. In every shonen, the main character needs to surpass his limits to reach his goals. In Smile Down the Runway, it’s the same thing. Chiyuki is 1m58 and wants to work in a field where the average height of her rivals are around 1m70. Ikuto doesn’t have any professional experience as a stylist and is thus prone to make mistakes. Nonetheless, both have an abundance of determination, courage and a constant desire to improve themselves!

A lot of challenges

Chiyuki and Ikuto have their own ambitions and fulfilling them won’t be a cakewalk! Professionals around them are trying to dissuade them from their following their dreams and this creates beautiful and intense scenes all along their journey.

Animated by Ezo’la studio (Are you lost? and  Happy Sugar Life), the series contain high intensity moments that allow the viewer to better understand the world of fashion. 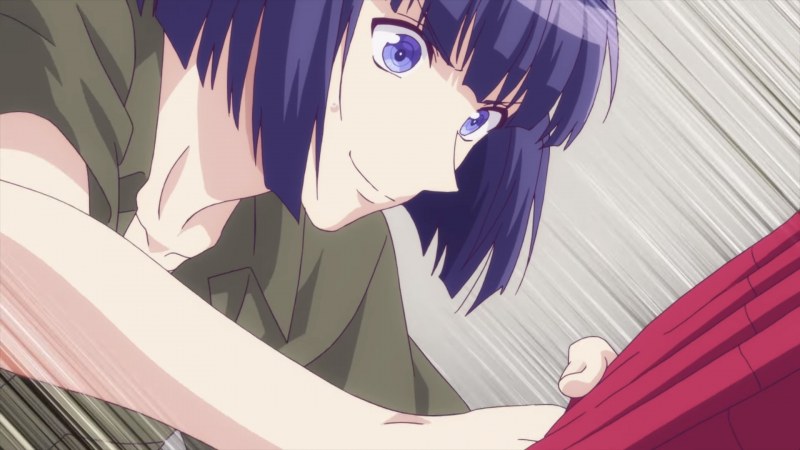 We soon realize that Chiyuki and Ikuto don’t have the same character, nor the same way of seeing things. However, this does prevent them from offering us beautiful lessons of friendship. First off, at school, the popular Chiyuki does not care to be seen with Ikuto in public (the later being nicknamed “soy sprout” by the rest of the class). The strength of the bond really shines through when we see them in their element (when he’s creating and she’s walking the runway). Sincerity, encouragements and perseverance are at the heart of their relation, and we’re enjoying every second of it.

A pack of strong rivals

Like in any good shonen, Chiyuki and Ikuto have rivals to surpass. Drawn by character designer Misaki Kenedo, Smile Down the Runway’s characters have easily identifiable traits and well-defined personalities. Among their rivals, there’s Kaoru Kizaki and Eda Rynuunosuke, two stylists in training that refuse to let a beginner like Ikuto surpass them. There’s also Kokoro, a model measuring 1m80, who is secretly aspiring to become a stylist. These rivals will push our heroes to surpass themselves, while showing us the cold and competitive world of fashion. 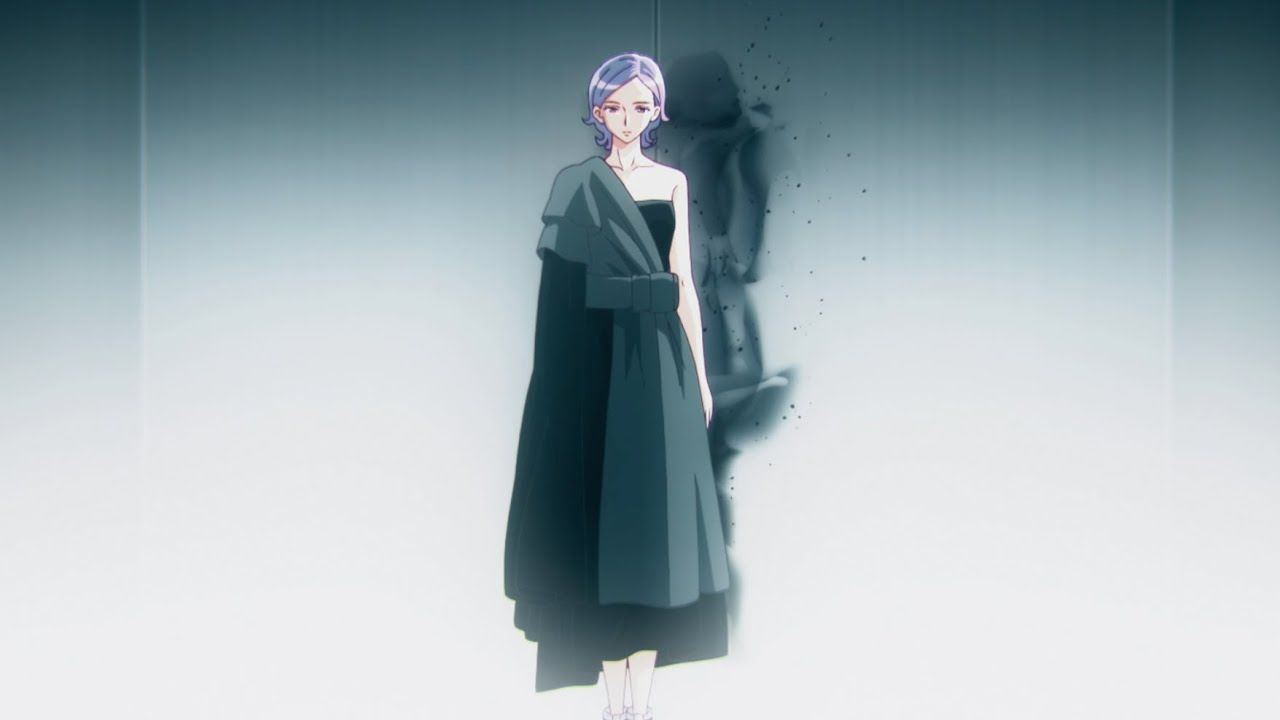 For Chiyuki, we have Shizuku Naruoka, ex-top model and now talent recruiter at the Mille Neige agency. Shizuku, is a usually friendly and caring woman, but can sometimes loose her temper because of Chiyuki’s stubbornness. However, she’s also the one that believes the most in the young woman and is a real source of motivation for her.

For Ikuto, we have Hajime Yanagida, an ex-stylist in service of Chiyuki’s father. He is harsh and cold, but he simply wants his brand to succeed and that his students learn fast. Ikuto rapidly accepts him and makes him understand he has all the motivation in the world. 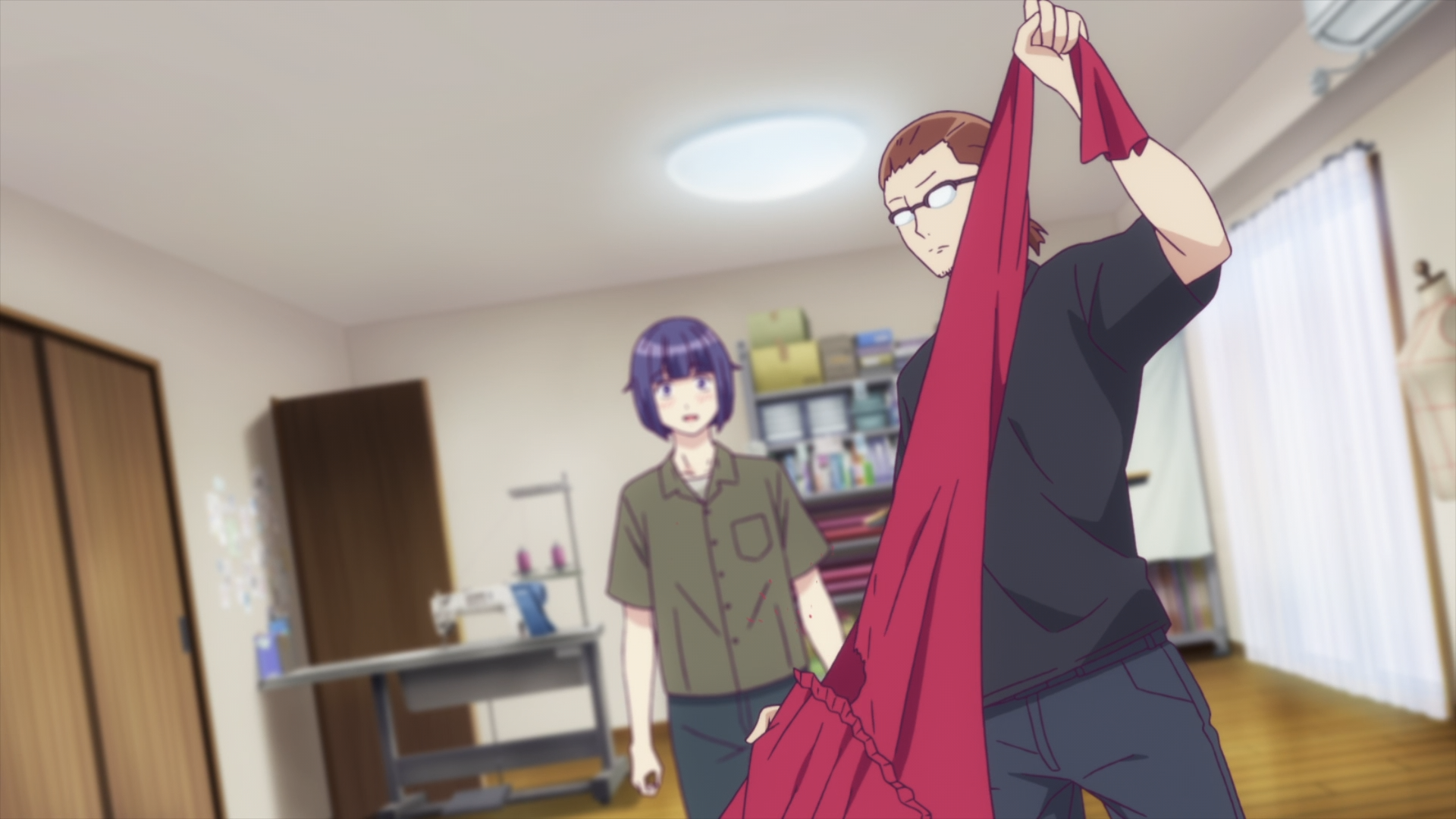 A pinch of romance

Aren’t Chiyuki and Ikuto the cutest? She’s cute as a button and he’s timid as can be, which creates hilarious situations teaming with barely hidden romance. We won’t tell you more because it’s probably the question on everyone’s mind: will our two heroes get together?

And of course, awesome music

To accentuate the intensity of certain scenes, a shonen must posses a solid soundtrack. In Smile Down the Runway, the music produced by Shuiji Katayama accompanies successfully Chiyuki and Ikuto’s day to day. Calm during moments of high concentration and epic when it needs to be, it adds a lot of emotion to the series and perfectly matches the animation. We totally approve.

It’s also important to mention that Smile Down the Runway gives an inside look on world of fashion while staying accessible to neophytes. Like Haikyu!!, which taught us a lot of Volleyball basics, Smile Down the Runway does the same for fashion: it shows us its vocabulary, its hierarchy, its challenges. The series manages to be both exhilarating and instructive at the same time. 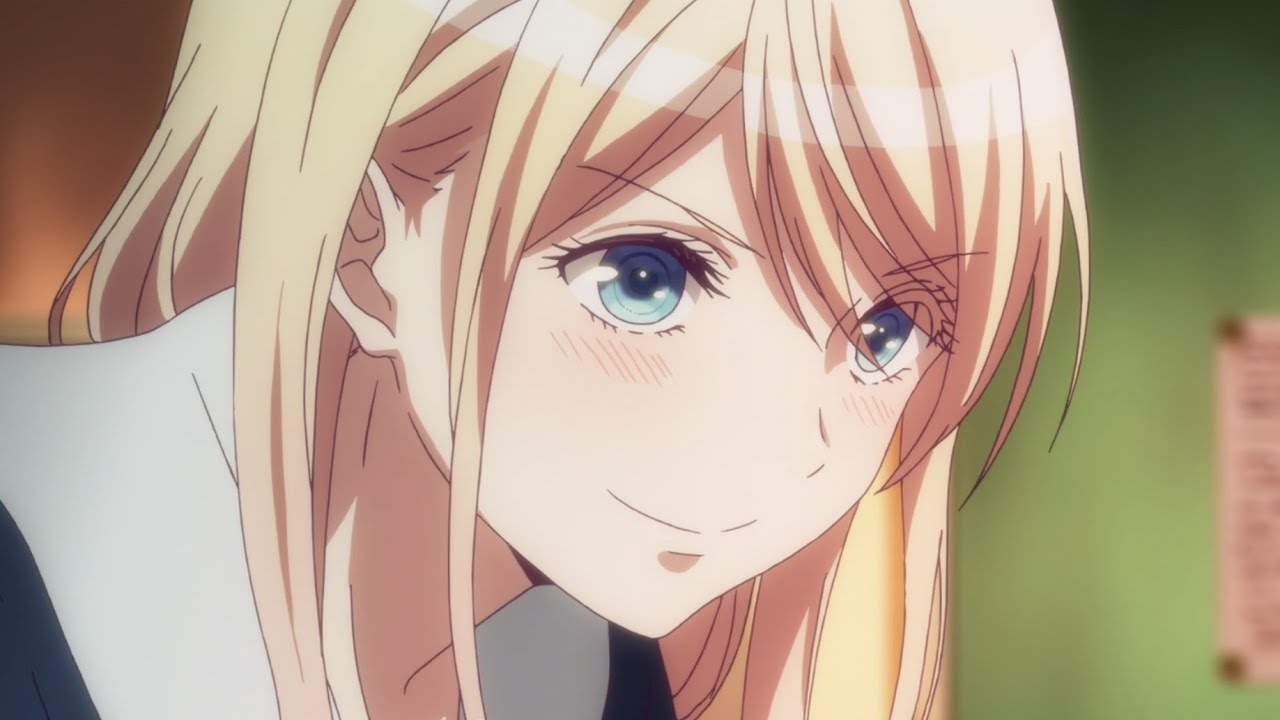 In conclusion, if you like shonen or fashion, this show is definitely for you.

The two heroes’ passion and the dazzling animation will surely win you over, so give Smile Down the Runway a try!

Authenticate or join the community to participate!
1 Comment(s)
Free subscription
Access the catalog, subscribe
Your free registration or subscription will also allow you to start your collection and to purchase or preorder complete sets!
Reactions